He has retired during winter break of 2010-11 season while playing for FK Inđija in the Serbian Super Liga, becoming their manager.

During his career, Janković represented FK Železnik, FK Vojvodina, PFC Litex Lovech, Dalian Shide F.C., Ethnikos Achna FC and FK Inđija. Janković was the highest scoring foreign player during the 2000/2001 and 2001/2002 A PFG seasons, managing 13 goals in each of them.

Janković was capped 30 times for the Bulgarian national team, scoring 2 goals. He made his debut for the national side in February 2002, in a friendly match against Croatia, which ended in a scoreless draw. Janković was also a member of the Bulgarian squad at UEFA Euro 2004 in Portugal. He was initially dropped following Hristo Stoichkov’s appointment as manager, but was recalled in 2006 and made a number of appearances in Euro 2008 qualifiers. Janković is the second most capped non-Bulgarian-born player to appear for the team (after fellow Serbian Predrag Pažin) and is the second one to score a goal (the other one who has found the net is Marcelinho). 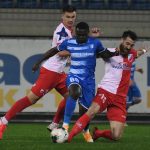 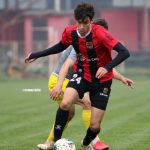 Petar Pavlicevic team of the week